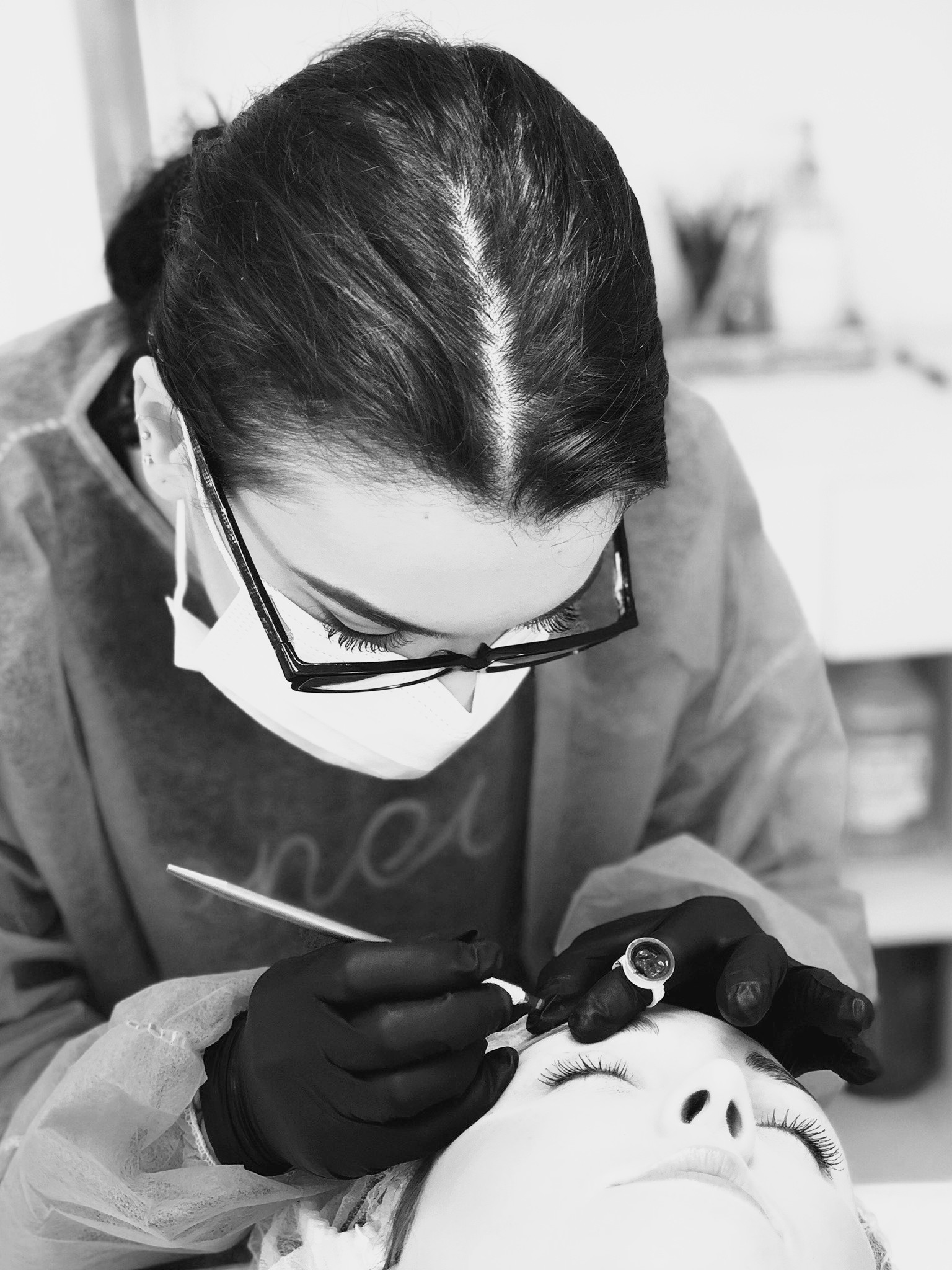 Alicia has been drawing since she was able to hold a pencil. Growing up, she familiarized herself with as many artistic techniques she could, filling dozens of sketchbooks and canvases with different subject matters. After a childhood full of sharpied tattoos, she got her first actual tattoo the day she turned 18 and was immediately infatuated with the art. She decided to pursue a career in the tattoo industry after graduating from the University of Southern Maine with a degree in psychology. She spent 5 years learning about the industry by collecting tattoos from various tattoo artists, designing tattoos for people, as well as doing henna tattoos at a number of festivals.

In the summer of 2018, Alicia was introduced to the world of permanent makeup. She was quickly drawn to microblading and the dramatic transformations good eyebrows can make, but knew that areola restoration was her true calling. She was trained in the art of microblading at iBrows Studio and followed her training by opening her own business. Now that she has found her footing in the microblading world, she is furthering her education in areola restoration in the hopes of helping breast cancer warriors and those of the trans community.

Alicia takes pride in her meticulous work and her main objective is to have clients leave their appointments feeling more confident and comfortable in their own skin than they were when they arrived.