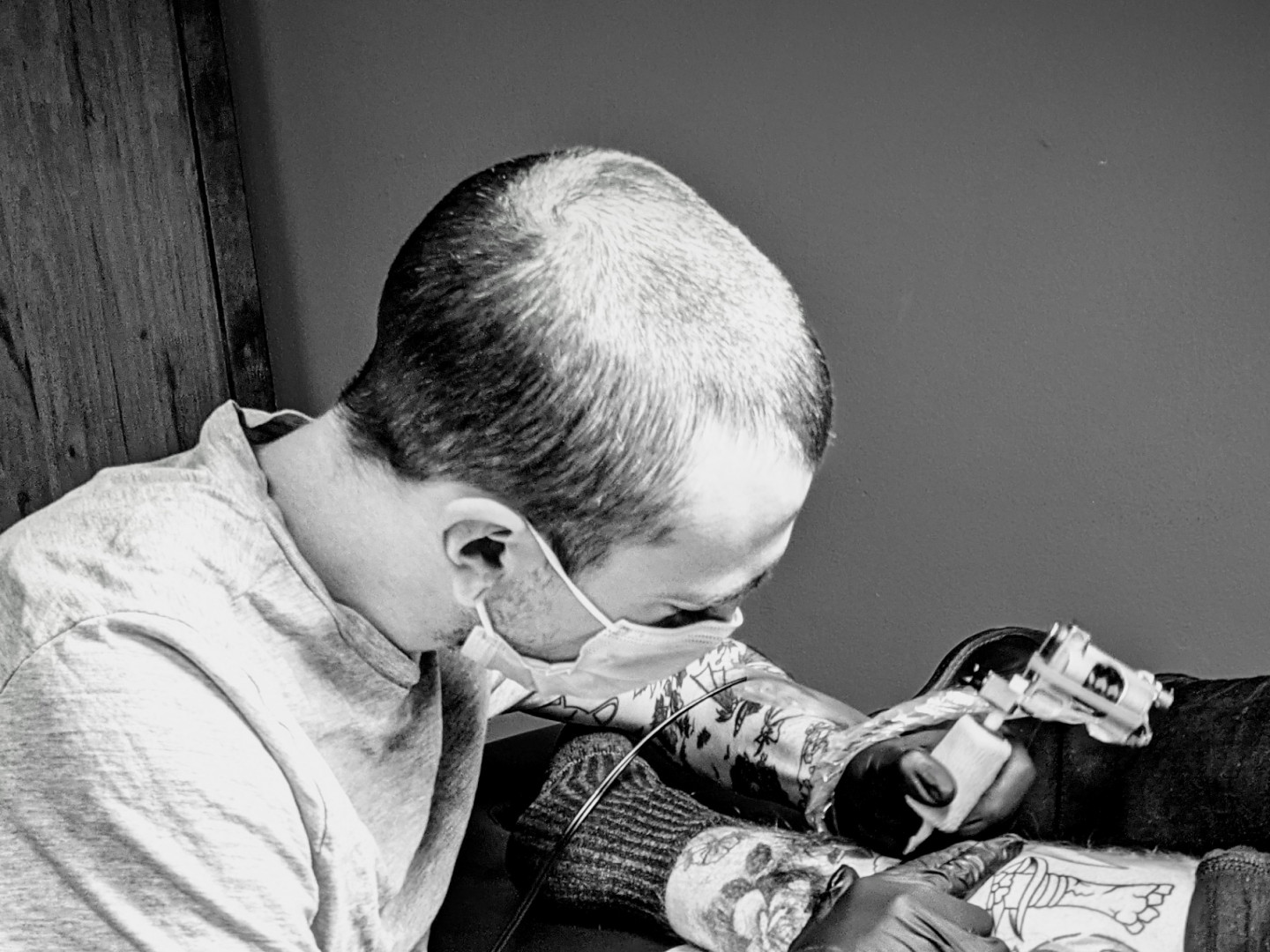 Jared's interest in tattooing began to form through his childhood through the observation of his childhood role models and mother, who is an extremely talented painter and artist. As he grew into his own artistic ability, he realized the expressive freedom that tattoos can give to an individual and wanted to become involved in that process.

Jared began his tattooing career in Portland under the mentorship of some of the city's top artists. His preferred styles are traditional, pop culture, and illustrative, either in color or black and grey.

Outside of work, Jared enjoys gaming of most any sort and spending time with close friends.

please allow 1-2 weeks for artist to respond to set up consult/appointment, as we are now in our busy season